A question that sometimes is discussed is whether first or second price auctions are better for selling ad inventory.

A little bit of auction theory is necessary to understand why first price auctions are the best bet for network partners in the header. These results are proven rigorously elsewhere, here we state just what is needed to develop an intuitive understanding of how bidders (should) behave in different types of auctions.

In second price auctions, the best strategy for a bidder is to bid their true value for the available impression. This is because when they win, they pay the next highest price (often +$0.01 cpm). This means that the winning bidder is always paying less than their true value, thus capturing a “surplus” (the difference between what the impression is worth and what they paid). This is a very easy strategy for a bidder since they do not need to estimate what any competitors in the auction are doing as that information does not inform their bid price.

The short answer is that second price auctions are great for traditional/non-header real time bidding (RTB), and first price auctions should be used by network partners in header bidding.

In contrast, the best strategy for a bidder in a first price auction is to bid less than their true value for the impression (to “shade” their bid). This is what is required to capture that same surplus that comes naturally in second price auctions. It is typically difficult to shade well. This is because the amount a bidder can shade and still win is dependent on how much other bidders are bidding in the auction. As a side note, algorithmic shading is likely the best way to proceed. One can adjust the amount of shading to optimize a win rate in a relatively straightforward way using only log level data without having to estimate other bidders bids. One benefit of first price auctions is that the winner has direct control over the clear price* in the auction. This will be important when we discuss how to improve win rates in header bidding.

With header bidding, however, the single RTB auction has been replaced with a sequence of auctions (Fig. 1). There is a round of individual auctions in the header where each demand partner runs an internal auction and returns the clear price of that auction. The largest returned clear price from all of the demand partners is then selected by the publisher’s header bidder wrapper and sent to DFP (or possibly another exchange as the final auction) for competition against AdX and EBDA in a second price auction. This means for an advertiser to win an auction via header bidding, several things must occur. First, that advertiser has to be the highest bidder in their network. Second, the clear price from their network has to be larger than that of all other networks competing in the header. Finally, the clear price from their network has to be higher than the highest bids in AdX and EBDA (assuming guaranteed contracts or other higher priority line items do not take the impression). Note in particular the last two criteria are not dependent on the advertiser’s original bid unless their network is running a first price auction.

Figure 1 Example of data flow in header bidding from the bid request until the winner is selected. The gray dashed boxes show the two sets of auctions that occur sequentially during the header bidding process. Note that Pubfig, Freestar’s proprietary wrapper is referenced as receiving the bids from the header. Outside of Freestar this wrapper might be Prebid or another wrapper but the data flow will remain the same.

This is intended to drive intuition about the impact of auction mechanism choice on both publishers and advertisers. It should not be considered a rigorous proof.

Fig. 2 shows the flow of revenue from two hypothetical networks competing in the header through competition in a final auction against a hypothetical AdX bid. The first part of the figure (1) shows the two highest bids from each network during their own internal auction (this data is not usually observed but is required to understand what the clear price is for each networks internal auction). Each network will return the clear price from their own auction to compete in the header. The next part (2) indicate the auction mechanism (first or second price) the networks use to determine the clear price along with the associate clear price. The part after (3) shows the bids for the final auction (the winner of the header with their associated clearing price competing against a hypothetical AdX bid). Finally, the last part of the figure (4) shows the auction winner and revenue received by the publisher in either case. For simplicity EBDA, fees, changes in bidder strategy****, and price floors are omitted in this example and from further discussion.

Figure 2 Example of bid prices flowing from network bidding to the publisher under a first or second price auction in header bidding. 1. The two highest internal bids from each network, 2. the clear prices under two auction mechanisms (first or second price) is used by the network partners to determine the header bids resulting in two different outcomes for the auction, 3. the clear price from the highest header bidder competes against AdX (the AdX bid stays the same regardless of the mechanism used by header partners), and 4. the winner of the impression and the amount paid to the publisher under a second price auction (right) and first price auction (left).

There are two main takeaways from Fig. 2. The first is that advertisers who bid with networks that use a second price mechanism in their internal auctions are less likely to be competitive against networks that use a first price mechanism, and against AdX demand in the final auction. This is because the price reduction in a second price auction means that the clear price competing in the remainder of the header bidding process (other networks and AdX) is at a disadvantage relative to bids that did not get reduced. In the example, when using second price auctions the advertiser with the highest bidder does not even turn out to be the one who competes against AdX. Additionally, there is nothing the advertiser can do to change this since a higher bid in a second price auction does not change the clear price, only a higher second highest bid does (suggesting an advertiser has little control over their own success).

The second takeaway is that the publisher receives less revenue when their header partners are using second price bids, regardless of whether those partners win or not. This is because when price reduction occurs for AdX (if they win), the clear price is lower than it would be if the header bid had not been reduced. If AdX does not win, the header partner wins at the reduced rate. This again means the clear price is lower than if it had not been reduced.

When network partners use first price auctions to determine the winner both of these shortcomings disappear. If advertisers are dissatisfied with their win rate, they may directly impact their win rate by bidding higher/shading less. This opens up the possibility to bid shade programmatically to capture a specific win rate, which is not possible in second price auctions. Additionally, if the advertiser can bid higher to achieve their goals, publishers capture more revenue thus making header bidding worth the effort and preventing high value impressions from being captured inexpensively in the final auction.

* The “clear price” is the price the winner of an auction pays. For first price auctions this is just the highest bid. For second price auctions it is the largest of the second highest bid and the floor price (if it exists), typically plus $0.01 cpm.

** By transparent I mean an auction in which any additional levers are disclosed (e.g., using floors). Even when an auction is billed as second price, sometime less ideal price levers (e.g, soft floors***) are used without being disclosed. There is nothing inherently wrong with soft floors (other than making bidding strategies more complicated), but soft floors make an auction not second price. So if used it should be clear to bidders that they are bidding in a mixed mechanism auction and not a second price auction.

****In a first price auction as stated above, bidders would be shading. This means that all bids from network partners would be lower. However, if shading was optimized to a specific win rate the highest bidder from network 1 in Fig. 2 would likely be bidding more than $5 cpm, so the results reported would hold except the final revenue to the publisher would likely be somewhere between a $5 and $10 cpm instead of a $10 cpm. As noted, this point was omitted from the main text for clarity. 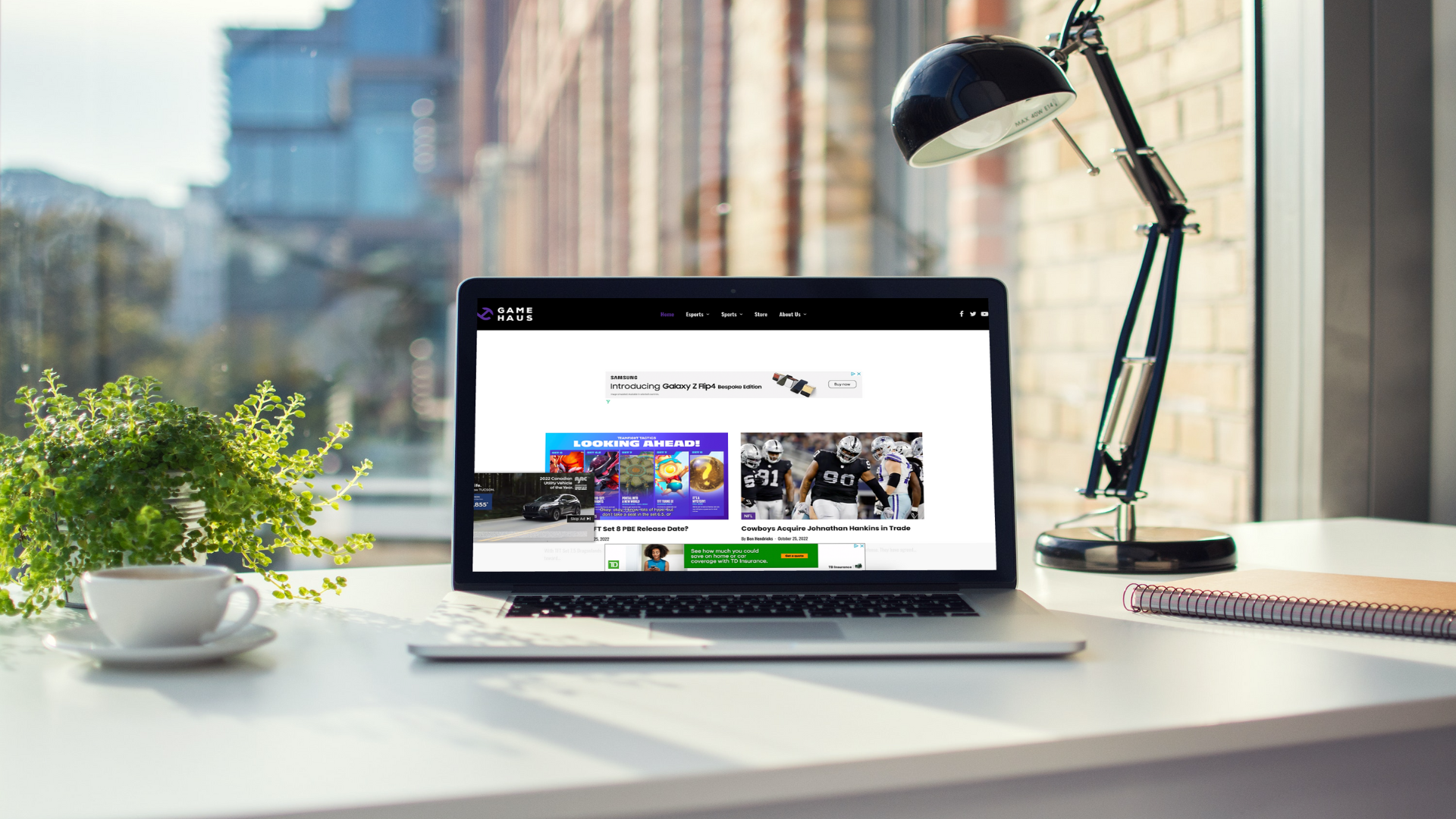 Comscore, Assigning Traffic and Direct Sales: What Publishers Should Know

Check out our latest blog on 2023 SEO Trends!

Read Article
Our Privacy Policy has been revised as of December 2022. This policy outlines how we use your information. By using our site and products, you are agreeing to the policy. Agree
Go to Top